In June-July 2018, I travelled with artists Jan Hopf, Monica Tormell and Felicia von Zweigbergk to Mexico City to re-open Lost Property, a former Amsterdam based art space, in the artist-run gallery Héctor. During this collaborative project, Lost Property CDMX took the shape of a silent bar as a one month long communal art work. Will there be peace or hush hush?

Lost Property (2011–), was initially an artist-run space in the form of a conceptual bar, founded by Felicia von Zweigbergk and Jan Hopf in the Amsterdam Kolenkit neighbourhood. Just as initiatives like Gordon Matta Clark's restaurant Food (1971–74, New York City), or the art, music and community space Tiny Creatures (2006–09, Los Angeles) Lost Property could be considered as an artwork in itself, but also as a social space with a brief existence. Five years after its closing, Lost Property came back to life again in Mexico City, featuring recorded and amplified silences, one song concerts, jenever in wooden glasses and local re-labelled beers. On its closing day, there were performances by Moon & Sun w/ Felicia von Zweigbergk and E Coro, and Karen Mantler. I read a text from behind the bar, as a way of grasping the ungraspable, and document an ephemeral project. Here you can listen to a recorded version of this text, 'Holding it together', combined with field recordings and sounds that were contributed by various artists. 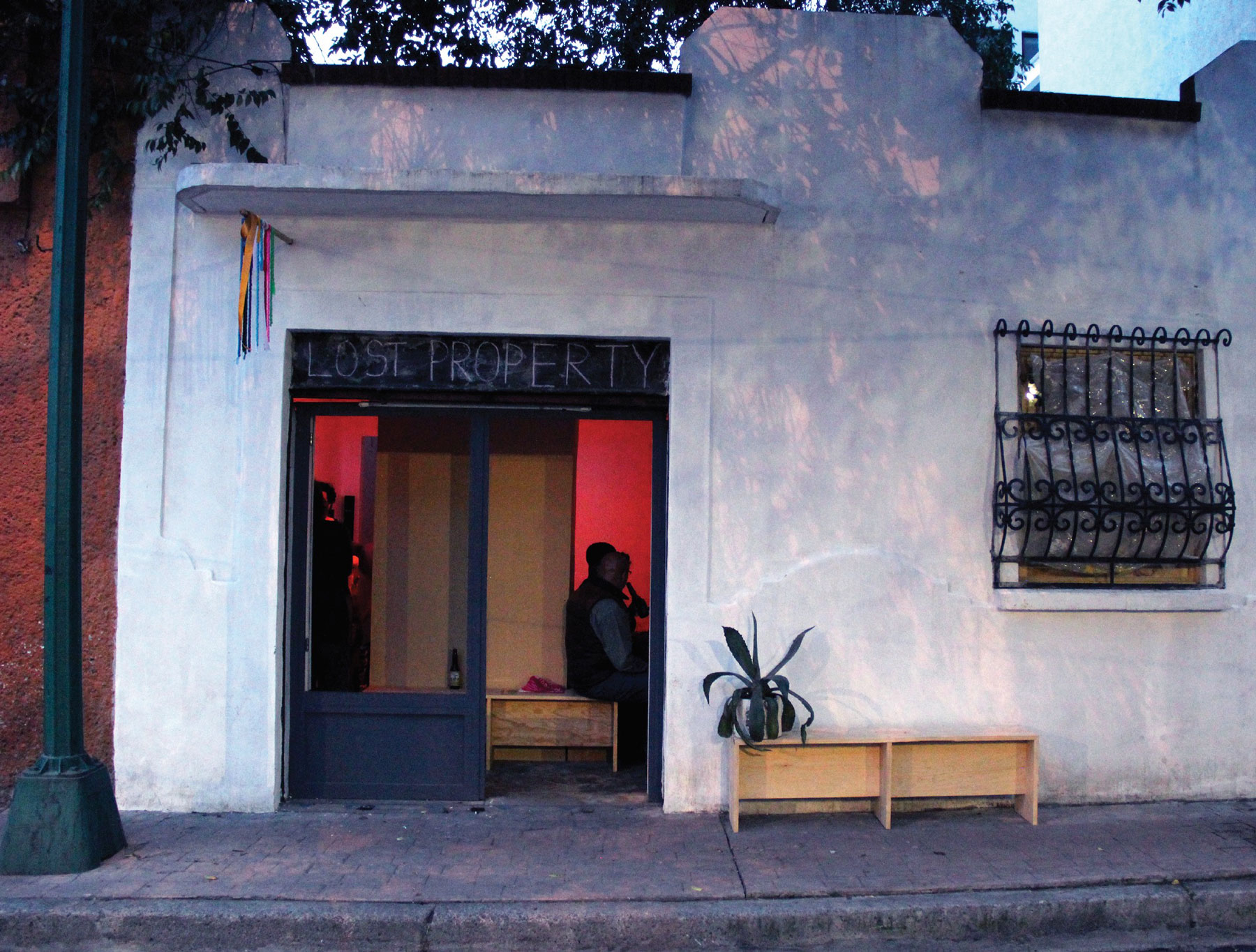 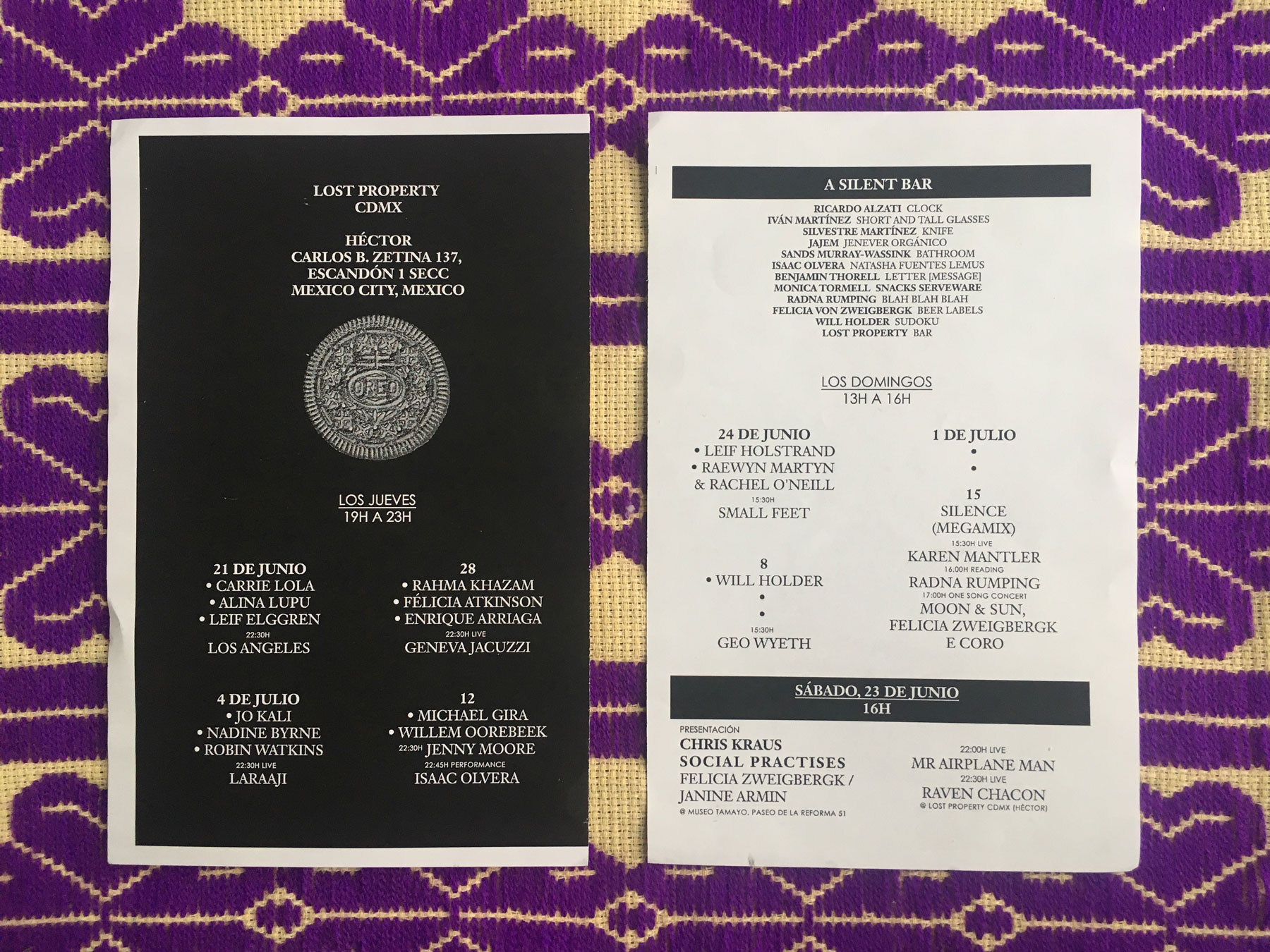 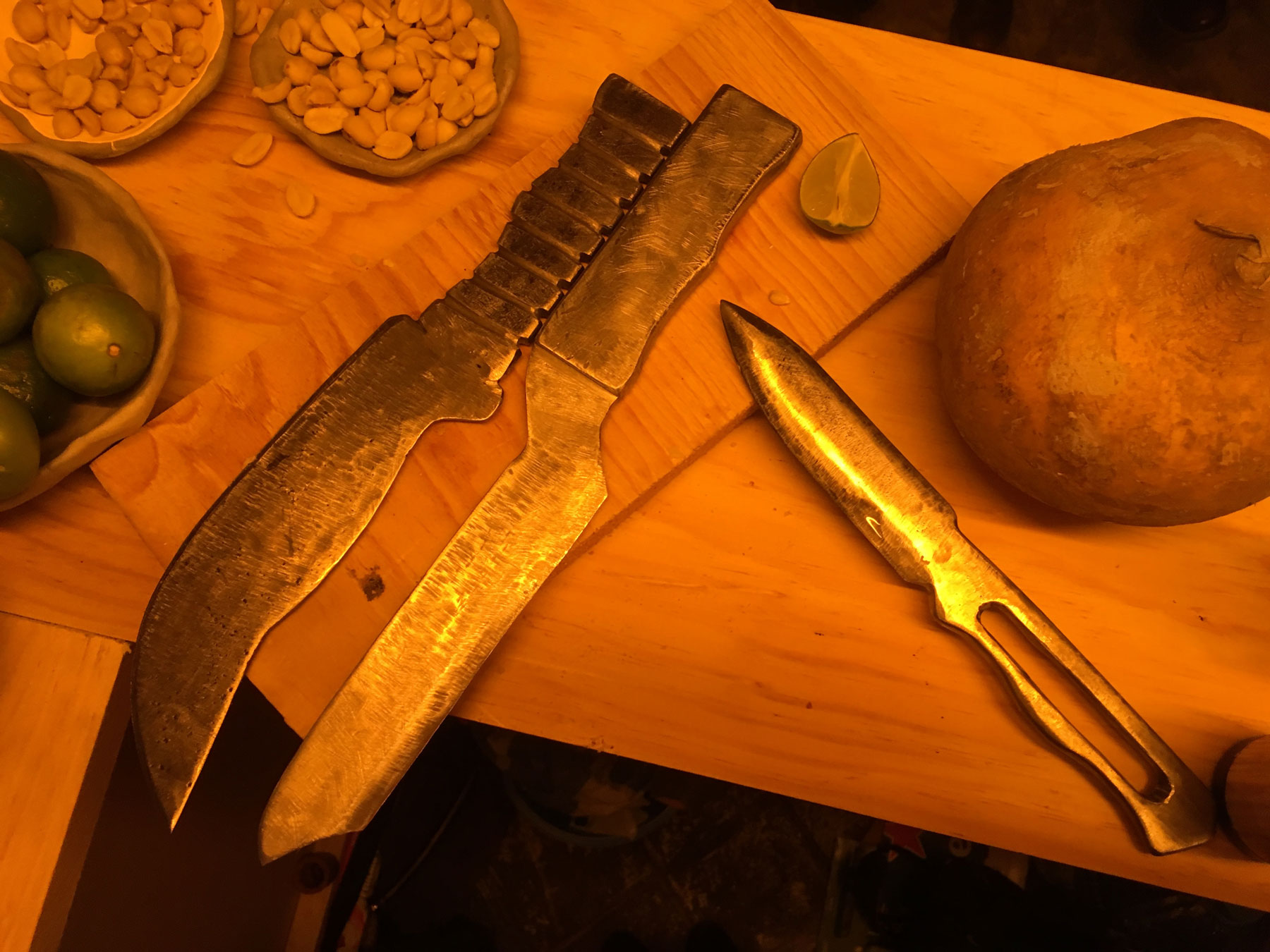 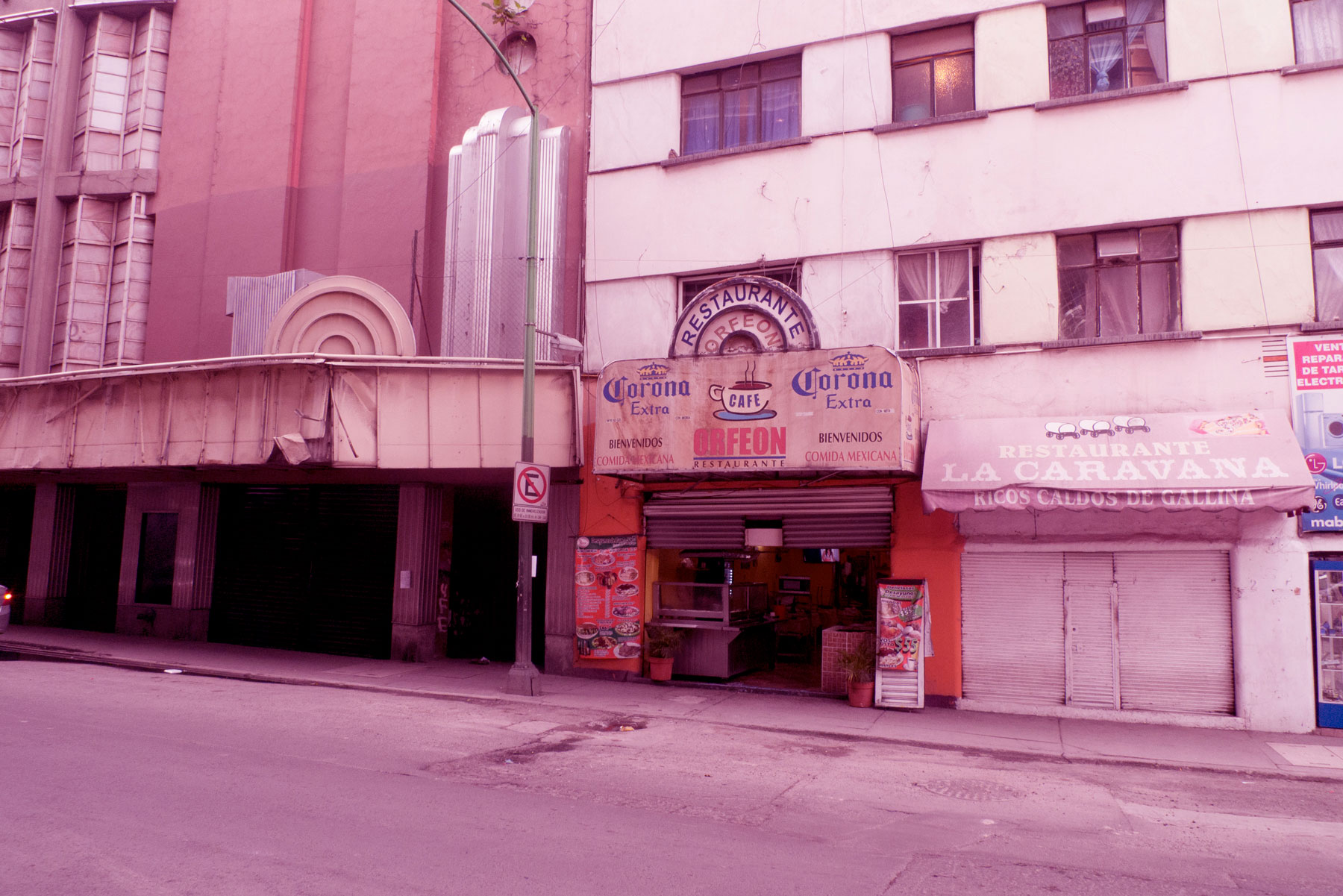 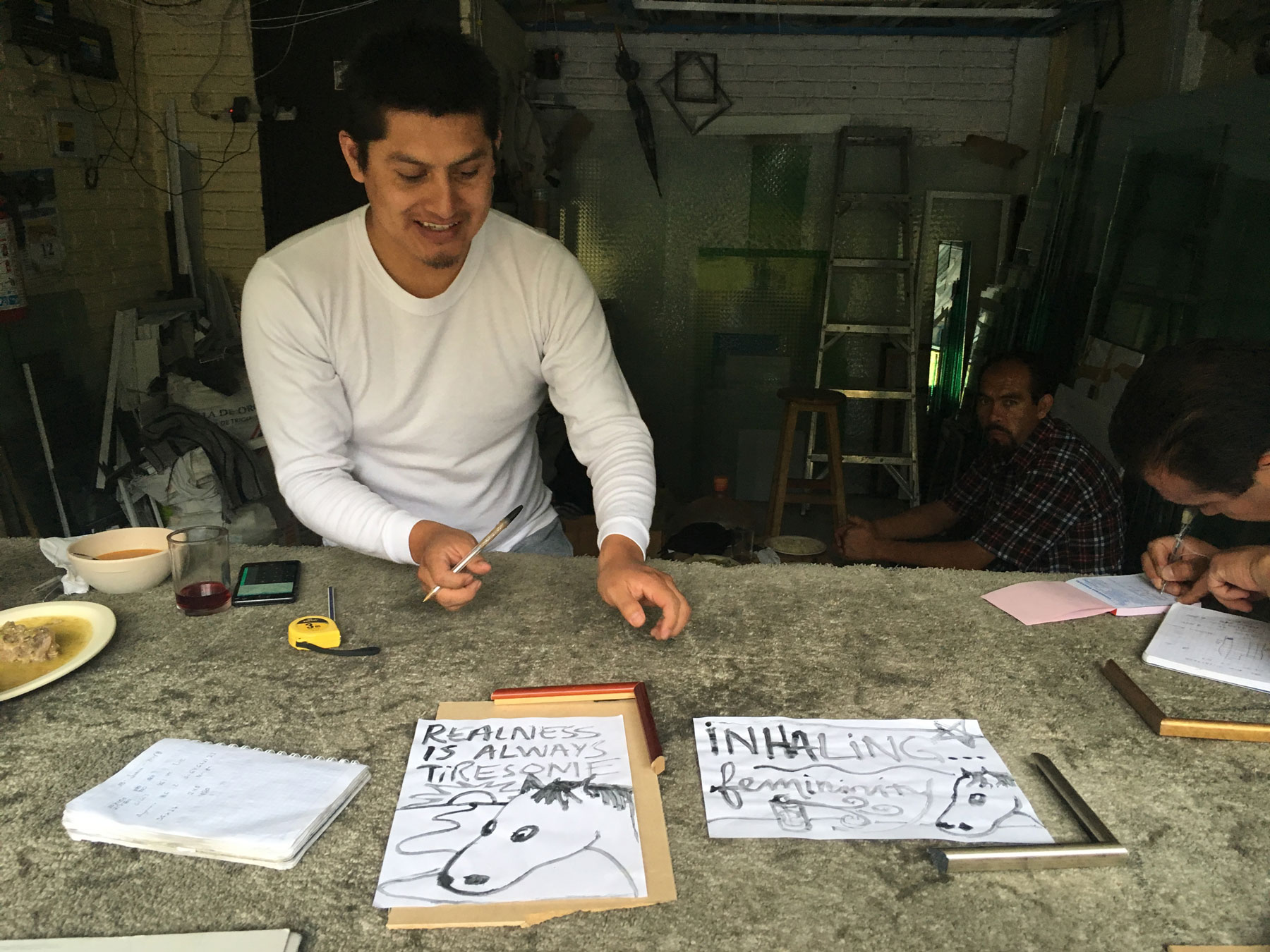